In June 2017 5 young people and 4 staff from Headlands school completed the 300k challenge in 3 days!! 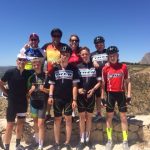 Over the course of 3 days, collectively all 9 riders completed 300 km in temperatures rising up to 44 degrees! 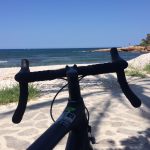 The cycling was challenging as there were some tough mountain stages from Fontilles into the Laguar Valley and the Montgo mountain which after a gruelling ascent, descended steep into Xabia. With coffee, ice tea and cheese – less pizza (ask Mr Burns for the recipe) the riders were fully fuelled to accept the challenge.

For two young people it was also the first time they had been on an aeroplane, so well done to them. 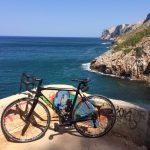 It was a holiday of firsts for everyone. Mr Lucas ate mushrooms! Jimmy Phillips remembered to put his socks on, Faebian Averies took up meditation, Kailam and Liam went on an aeroplane, George Archer breathed in between sentences, Louis Parsons woke up before 1pm and Joe Owen swam in the Med. Oh and not forgetting Mr Burns who mastered how to use his video camera and interviewed everyone at every opportunity. 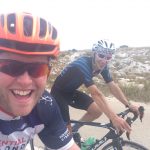 So considering the trip started with the bikes arriving with no pedals and ended with Faebian’s luggage being sent to Amsterdam, it actually went very well. Well done to all the young people and staff who accepted the challenge and nailed it. Now the training starts for the Alps in 2018!!