A fundraising cycle ride in memory of Luca Pucella, has taken place on Thursday 21st December, taking a route from the school along the barrage between Penarth and Cardiff with Santa Claus joining the ride. 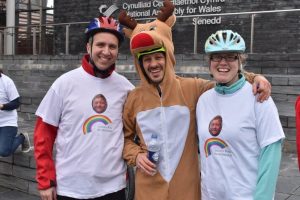 A single balloon in Luca’s memory was released at the Senedd by Luca’s sister Sofia and cousin Ffion and the ride was followed by a celebration at Headlands of Luca’s time at the Action for Children school. 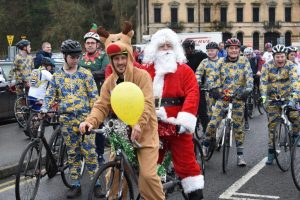 Luca had suffered from a rare and life limiting illness called rapid-onset obesity with hypothalamic dysfunction, hypoventilation, and autonomic dysregulation (ROHHAD) syndrome which affects only 75 people in the world and involved complex medical requirements. 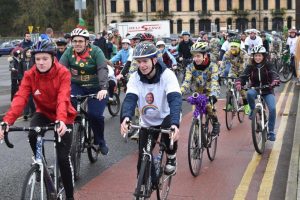 Headlands school principal, Matt Burns, said:  ‘It’s been one of the best days I’ve had here in terms of how everyone has come together and everyone has done something to contribute to it. Obviously there’s an inherent sadness in that Luca is not around and this is something he would’ve loved with Santa, the dressing up and the silliness. 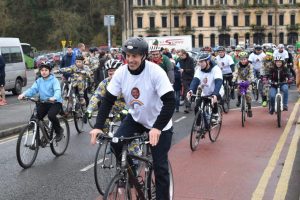 ‘But ultimately, his parents and Luca would’ve just wanted everyone to remember him fondly and have fun.  In the spirit of that, I think we’ve done a good job!’

Luca’s parents joined the ride and celebration.  His mother, Beth Pucella said:  ‘It was a fantastic experience.  Luca had planned to do the ride with Mr Burns so this would’ve meant the world to him to see all his friends and the teachers having a bit of fun, enjoying themselves and doing a bit to help other people.  It was overwhelming to see so many people here today. 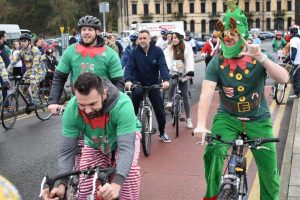 ‘Luca touched a lot of lives and it’s testament to the personality he had.  He would speak to everyone and anyone, he wanted to know everyone and all their stories and that’s been reflected in the turnout today.’ 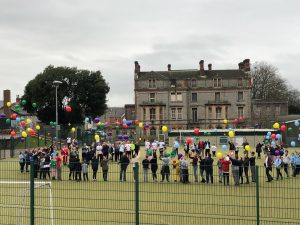 To donate to this excellent cause please click on the following just giving link: https://www.justgiving.com/fundraising/lucasrideforrohhad