Music and Drama get funding for Radio and exciting Developments….

Home / News / Music and Drama get funding for Radio and exciting Developments…. 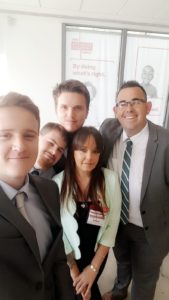 The music and drama Department are currently trying to raise £60,000 to allow the department to develop and to cater for the huge amount of pupils now engaging in Expressive Arts. The development will allow us to renovate the existing buildings and introduce a live recording studio and drama performance space. We are also really excited to be introducing a school radio station, called ‘The Voice’.  The radio station will be run by the pupils and will allow them to discuss topics which they find difficult as well as presenting their own radio shows.

To help raise funds towards the project, pupils performed Romeo and Juliet at the Paget Rooms, something they had been working on for the GCSE drama studies. As well as the show, the department ran a raffle and a World Cup predictor game, raising an amazing £700 – well done all! 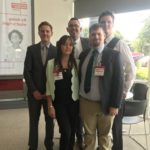 Just before the summer holidays, the department was fortunate to be awarded £3000 by Dow Corning, following an application to their community grant scheme. The money was awarded to use to help setup our radio station, ‘The Voice’.  As well as the money from Dow Corning, a team of staff and pupils (George Archer, Gethin Jones, Eliot Houghton, Elisha Allen-Cope and Robin Hackett) travelled to the Action for Children Head Office in Watford, London to present their idea to the AfC Dragon’s Den, in an attempt to secure £10,000 towards the costs and training for the school radio station.  The team delivered a powerful pitch which was described as being ‘inspirational’, and were awarded the full £10,000!  Amazing!