Post 16 Pupil, George Archer, was an invited speaker at The Welsh Autism Show 2017. 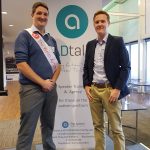 The event was held at the Cardiff City Stadium and hosted exhibitions and seminars from a range of local and national; charities, companies, products and authorities – each related to all things Autistic. 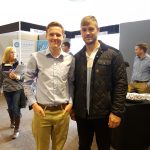 George was invited by The Autism Directory, to give a speech about his experience of autism, as part of their seminar called TADtalks. George bravely took to the stage to talk about how sport, football in particular, has helped him develop his confidence.

He relayed experiences of his trials for Welsh National LD football team and told the audience about how he progressed on to captain the team in Dublin earlier this year. His inspiring speech was very well received by the large crowd of over 500 people.  George is very proud of his achievements, and we are too!