Here’s what’s been happening in Drama this term….. 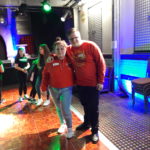 Our young people have had a busy first term back to school this year. 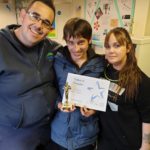 They performed in front of the school for their Anti-Bullying performance and received a standing ovation.

They had their very own Music and Drama awards ceremony where old and new Drama and Music pupils were awarded trophies for all their hard work in productions, lessons and behind the scenes. This was followed by a fun disco with face paints and fancy dress.

They are now preparing for a big performance at The Senedd this December to celebrate 150 Years of Action for Children. Carol Iddon, Deputy CEO and Managing Director of Children’s Services will be visiting Headlands on Wednesday 9th October and will be spending time with the Drama group to check out their hard work for their Senedd performance. 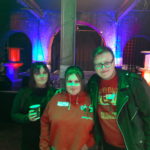 Two pupils attended a weekend event called Life Hack with ValleysKids and The Welsh Millennium centre. Jayden, Chloe and Drama teacher Elisha Allen-Cope attended the event held at The Pop Factory in Porth. The students took part in networking, creative writing, dance and drama workshops. They worked with other drama pupils from around South Wales and performed with them for the afternoon. They spoke to professionals from the creative industry and got interviewed about the experience they’ve had through Headlands in the arts. We are looking forward to next years’ Life Hack.

The Drama and dance group first began in 2012 giving students the opportunity to develop confidence in public speaking and using dance to improve physical skills. They attended annual dance festivals and performed short school plays in the school gym. 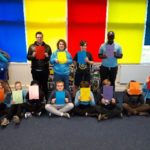 Since 2012, the group has gained many members both on and off the stage. They have performed plays in the Paget Rooms Theatre, The Penarth Pavilion Cinema, Chapter Arts, and ValleysKids “The Pop Factory”.

The subject offers qualifications and work experience opportunities in local theatres during productions. At Headlands School, Drama Schemes of Work which include schemes in GCSE Drama/Music/Media, Entry Pathways, Drama/ PSE (SWEET) and Expressive Arts, have been designed especially for the needs of the young people. The Schemes of Work include yearly planners and Curriculum Maps showing lesson objectives, outcomes and subject topics. 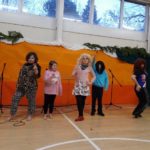 These can easily be differentiated to suit any recent issues that may occur. The Drama and PSE team communicate regularly to make sure they are supporting all pupils with specialised themes through their curriculum.  Headlands School now have their own Theatre in Education team and put on at least three educational performances a year. (See images below). 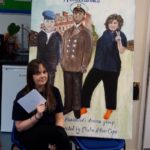 Drama at Headlands School includes supported dramatic play opportunities and opportunities to create, perform and respond to their own and each other’s performances. Creative drama and dramatic play allow students to express an array of life events feelings and emotions. Tension and anxiety are released in a controlled and safe environment, reducing outbursts. Drama themes complement the termly PSE themes which offers a thematic approach to learning and reinforces key learning points. 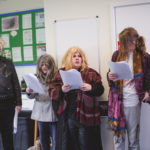 The students have performed shows written by themselves and their Drama teacher (Mrs Elisha Allen-Cope) and popular shows such as Grease, Romeo & Juliet and Disney.

The group offers pupils to perform in a mixture of Drama, music and dance events at least eight times a year. 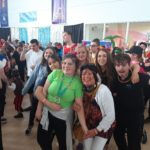 Well done to all the pupils who performed in this years annual Pen Y Cwm Dance Festival. Our pupils performed in front of 10 schools and received a standing ovation. 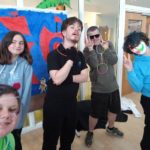 They were covered in glitter and glow sticks and had audience members dancing along to their “Rave” track. 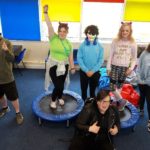